Arqaam Capital is pleased to invite you to its seventh and first digital Annual MENA Investor Conference. We will host senior management from publicly listed companies across the MENA region, offering investors virtual meetings with corporate C-level management in both 1x1 and small group meetings.

The majority of GCC countries are “early exiters” from lockdown, benefiting from having implemented strict containment measures, developed robust health care systems, and accelerated testing. Daily new and total active COVID-19 cases remain on a downward trend in most of the GCC countries, which is spurring a recovery in GCC equity markets. The MENA region’s weight in Emerging markets has increased, mostly thanks to increased foreign ownership limits, the phased inclusion of Saudi, the IPO of Aramco, and despite the deferred upgrade of Kuwait to November.

Even though all countries have announced economic stimulus packages, the size of fiscal stimulus is relatively modest while governments are offsetting this by introducing new austerity measures. Saudi has cut spending by double-digits, suspended subsidies to citizens, and tripled VAT to 15%, while Bahrain and Oman have also followed suit with relegating spending.

Lebanon, Tunisia, Jordan, and Egypt, on the other hand, are largely affected by a fall in net remittances and tourism. However, policymaking in Egypt remains constructive following cautious easing initiated by the CBE and a fiscal deficit that remains under control, further supported by the IMF. International humanitarian assistance provided to Lebanon is welcomed but is unlikely to resolve the economic crisis without tangible reforms.

We remain cautious about medium-term growth projects. That said, we see strong thematic stories worth playing in the region, such as the localization of agriculture and manufacturing, growing e-commerce, digitalization, greater 5G penetration, privatization in key sectors, enhanced insurance coverage, and modernization in institutional frameworks.

We hope that you will be able to join us and benefit from what is set to be a highly productive conference. 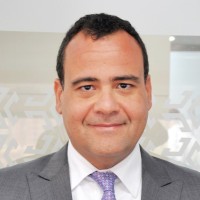 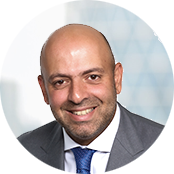 How to register for the conference

You will receive an email invitation with a unique link to register your attendance for the conference.

We recognise that a key factor in your participation at our conference is the opportunity to meet with senior members of company management.

We will endeavour to arrange your preferred meetings where possible. Please indicate your meeting requests on this website.

We will update you on new Corporate registrations as they are received.

“We look forward to hosting you at our virtual conference”